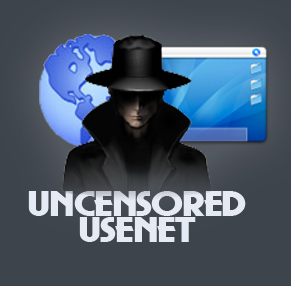 We covered earlier on how Usenet has no central authority. Since Usenet is dependent on a network of servers that are independent of each other, it leaves the newsgroups open to most any type of article or information contained in each. Obviously, this works as both a plus as well as a negative.

On the positive side, this means that pretty much any information a person wishes to share on Usenet Newsgroups are completely uncensored. The information is not reviewed or held by any system of software that would prevent the article from being posted and reaching the masses. Also, it allows the responses from its users for the most part to be uncensored as well. This allows information to be freely exchanged without censorship. There are exceptions. Most popular categories (newsgroups) as well as privatized, commercially owned and government related Usenet newsgroups are heavily moderated by Usenet moderators. We’ll be covering Usenet moderators in detail in a later chapter, but what they represent in short are individuals and system operators that continuously scan the newsgroups in order to “clean” particular groups of articles that are irrelevant to the specific nature of the group. For instance, if you’re a moderator for a newsgroup that revolves around information regarding motorcycles, then any articles that are specifically regarding cars may be removed by moderators as it does not fit within the newsgroup itself. Depending on the group, certain exceptions to un-censorship apply. There are rules to particular groups that users may be required to abide by to assist in the effort of keeping the group from being compromised from its purpose. Check out Newsdemons Charter reference guide and check to see if the group if you are interested in has moderated guidelines.

As a negative, this also leaves Usenet newsgroups open to deceivers and malicious users. Spam being one of the largest contributors, followed by viruses that are sometimes hidden within attached files of articles that can cause harm to a user’s computer. Obviously, other information that can be deemed negative is also shared within groups that may offend or harm users of that particular group. The price of freedom does come at a cost sometimes. Although Usenet newsgroups almost completely uncontrolled, again, moderators play an important role to deviate and eliminate articles that are deemed unsafe or irrelevant to the group they help police.

It is not uncommon for many Usenet newsgroup providers to ban users that contribute negative items to newsgroups. Hence, the rule of playing nice will get a user far. With this precautionary advice out of the way, enjoy Usenet realizing that it is THE most uncensored form of electronic communication known today.

« Back to ‘What is Usenet’
Forward to ‘Usenet Forums’ »
Menu