What a long, strange trip it’s been. For 40 years, Usenet has brought together people all over the world. Creating communities, sharing ideas, interests, conversations and more. Without it, who knows what would have become of the internet we all know today?

Would Tim Berners-Lee (who was an active participant on Usenet) ever create the World Wide Web?  Larry Page was also part of Usenet groups, seeking answers to Java questions. Would he have been able to figure them out without Usenet to later create Google? Luckily, we pushed away those altered paths by the birth and sustaining resources Usenet newsgroups have been able to provide. And not just for individuals, but also as the foundation and framework for many other online platforms that have been created since (we’re looking at you, Reddit and Twitter)

In celebration of the first 40 years, we’ve included a timeline of major milestones in the online world since Usenet has been released to the masses and the advancements…and sometimes a step back….we’ve taken throughout this historic journey.

Tom Truscott and Jim Ellis, graduate students at Duke University, conceived a computer network to link together those in the Unix community. They met and discussed their idea with other interested students, including Steve Bellovin, a graduate student at the neighboring University of North Carolina at Chapel Hill. Once the program was functioning on their respective machines, Jim Ellis went to a meeting of what was then the academic Unix users group known as Usenix. This marks the origin  of USENET

During the summer of 1980 at a Usenix meeting in Delaware, Usenet was first announced via handouts that were distributed at the conference that explained the technology and goals that Usenet could offer.

On August 6, 1991 Tim Berners-Lee (while working at CERN in Switzerland) announced his idea for the WorldWideWeb on the usenet group alt.hypertext. The post was one of the most important steps in bringing the modern communication age into existence.

The Eternal September (September that never ended). It refers to the time period when Usenet saw its heaviest influx of users and especially newbies, after AOL starting providing Usenet access to its users.

Also, the first Web browser, Mosaic (created by the National Center for Supercomputing Applications), is released. Mosaic later becomes Netscape which ultimately fails, but partially rises again within the soul of Firefox..

SSL was developed by Netscape in order to secure communications between a client and server online.

TLS was actually based off of SSL 3.0, despite this, the two are not interchangeable.

Forté Agent, one of the first and a highly popular usenet newsreaders, was conceived

A little company called Netflix is launched with a business model that consists of DVD sales and rentals by mail.

The Usenet Death Penalty (UDP) is implemented to combat spam

The birth of Internet Relay Chat (IRC). Google was founded. The Internet Corporation for Assigned Names and Numbers (Icann) is created to oversee a number of Internet-related tasks.

At the same time, a new version of accessing Newsgroups, named Usenet II was launched.

Wireless technology called 802.11b, more commonly referred to as Wi-Fi, is standardized

Accessing Usenet newsgroups without an ethernet cable is now a thing.

The dot-com bubble bursts. Web sites such as Yahoo! and eBay are hit by a large-scale denial of service attack, highlighting the vulnerability of the Internet. AOL merges with Time Warner

Blackberry is the first internet cellphone with push email.

Google Groups is launched that provides a gateway to Usneet newsgoups via a shared user interface.

Thunderbird, a Mozilla Foundation product, is released and is a Usenet newsreader

Twitter is launched (#hashtagseverywhere). By the end of the year, the number of websites reaches 100 million.

Access to over 1 billion newsgroup articles in over 100,000 newsgroups are available on Usenet

PC Magazine declares Usenet dead, later that year they announce they will stop printing their magazine.

The Stop Online Piracy Act and the Protect Intellectual Property Act, which would have enacted broad new rules requiring internet service providers to police copyrighted content. The successful push to stop the bill, involving technology companies such as Google and nonprofit organizations including Wikipedia and the Electronic Frontier Foundation (where Brad Templeton is a chairman), is considered a victory for Usenet and sites such as YouTube that depend on user-generated content, as well as “fair use” online..

The Cambridge Analytica scandal rocks Facebbok and sees a mass exodus from its social platform. 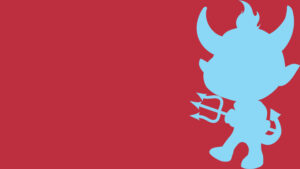 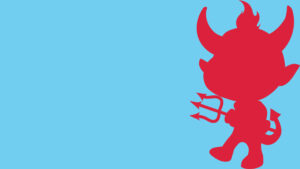 Get 12 Months of Unlimited Access for $32.29 through our Price Matching Program