Usenet Newsgroups: In The Beginning….. 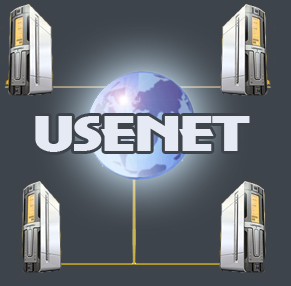 Right before the 80’s began, two students from Duke University (Jim Ellis and Tom Truscott) were experimenting with a method in which to efficiently send email and transfer files in an efficient and clear manner which simply did not exist in 1979. The idea was to provide access to users to share emails and files in an organized matter which would break down into topical categories in a forum type manner. They called it the ‘Poor Man’s ARPANET’. Suffice to say, they succeeded. They called this treasure USENET.

The topical categories, called ‘Usenet Newsgroups’, created hierarchies of subjects with the intention of segregating subject matters in a clear way avoiding irrelevant information being subjected to the user who was only interested in a specific topic. This also worked in order to keep responses on a particular subject reparative to the group specification.  These are one single non-reply articles which are called ‘threads’ making it easy to follow a single discussion in a newsgroup with a high volume of other threads.

Usenet today, a worldwide network of servers exchanging newsgroup articles, has grown leaps and bounds from its infancy. Quickly, Usenet newsgroups became a source for individuals, businesses and government to exchange articles in a forum based format that allows for efficiency in keeping a group informed on particular subject matters. The US Government, as an example, is a huge proponent of the usage of Usenet in order to track communications between agencies and employees about a large variety of matters.

Usenet hosts thousands of topic categories – some public, some private – that allow the free exchange of information between its users on practically anything you can think of. Want to join a newsgroup of likeminded muscle car fanatics looking to remodel a 67 Nova? Well, there’s a newsgroup for that. Just as there’s a newsgroup just for Aviators who share information on weather and flight conditions in areas across the globe. Usenet was revolutionary for its time, and for many reasons, it still is underrated in this digital age as being a hub of more information on almost anything that can possibly be conceived.

The popularity of Usenet newsgroups are only starting to get recognized as the limitations of other methods of large community communication becomes more difficult with current infrastructures. Usenet and Newsgroups alike have experienced a sharp upturn in both usage and content. To some, the belief is that as the masses are beginning to master the basics of internet communication, they are becoming educated and more understanding to the matters in which Usenet operates.

Forward to ‘What is Usenet’ »